Hey there, Internet, just me again, here with an update on how things are going with my writing. In short: eye-stabbingly, skin-flayingly painful. To quote Sally Brown, “I was jumping rope, and everything seemed to be going fine. And then, suddenly…it all seemed so futile.”

In long, which I know is what you all came for, here is what’s going on: I was deep into a revision of my second volume, BACK ROADS REVOLUTION, when I received a rejection letter from an agent to whom I had queried BACK ROADS KINGDOM.

I wasn’t gonna query again, but I fell off the wagon. I sent off a small batch of queries a few months ago, just because querying is THAT MUCH FUN, and wound up with one request for a full manuscript for my trouble. When the rejection email came last week, I asked the agent politely if she would elaborate on what she didn’t like. I always ask. Never, really, do I get a response. But this time I did. She said a lot of really specific things.

Side note: I typically present carefully selected images to accompany these posts, but it’s 5:30 in the morning and I’m sitting in O’Hare Airport and I’ve been working on this stuff all night and look, you’re going to have to settle for the results of Google’s “I’m Feeling Curious” function.

Revisiting and revising a book down that’s been up for sale for so long feels like unearthing a body to perform Frankenstein-like experiments on. No, never mind, that’s really morbid, forget I said that. It feels like when NASA realized there was something wrong with the Hubble except the Hubble was ALREADY UP THERE. So they had to send Bruce Willis and Ben Affleck to fix it, and it was a huge, expensive mission, but it’s good they did in the end, because now we have a working satellite that will tell Jeff Goldblum well in advance before the invasion starts.

Another way of putting it: I’m Lucasing. And not for the first time in my career.

Now, there’s a small difference, which is that STAR WARS had been seen by millions of people when Lucas started futzing with it, whereas BACK ROADS KINGDOM has been read by, if we’re being optimistic, hundreds of thousands. And if we’re being realistic, dozens.

It’s been read by maybe a large enough number of people that I can pluralize the word dozen.

And, yes, it’s been up on Amazon for a year, but after these changes are made, it’s going to be up for ALL THE YEARS and potentially be read by ALL THE PEOPLE, right?

To be clear, much of what this agent said, I’m comfortable ignoring. Yes, the first six chapters throw a lot of insanity at the reader, between the time jumps, the introduction of a fantasy world AND a story-within-the-story written in screenplay form. But most readers seem like they’re able to keep up with all that, and some even seem to enjoy the challenge.

This is what it comes down to: the specter of unlikable characters.

Now, before you start writing letters of protest to every agent in New York, hoping you’ll chance on the right one, please know that this had nothing to do with Alana or Sly or Molly or Dingo or Al or Scree. All those guys seem to be successful in winning over the hearts and minds of America.

It was just about the teen characters. They struck this particular agent as venal and bitchy and just generally THE WORST. Now, two of them – Lenore and Rithi – are supposed to be just exactly that, and don’t show up in this book after the first six chapters anyway. Another, Roach, is more of a comic relief doofus, and he’s also gone after the first six.

But the other two? The other two should not come across to anyone as THE WORST. They should be accessible and sympathetic. One of them, in fact, is the novel’s protagonist.

Some people who reviewed the book positively have said things along the lines of, “I like where Penny ends up as a character, I like the way she changes and blossoms, but in the beginning, she’s not someone I’d hang out with.”

Which, not to get defensive, was kind the point. But, as this one agent said, “I can tell this is the beginning of her arc, but if the reader can’t tolerate her for the first six chapters, they’re going to quit before there’s any payoff for it.”

Side note: Good Lord, writing is different from theater or film in this one really crucial, stupid way. I mean, sure, people can walk out of a theater, but they rarely do, because they paid for it and they’re gonna stick around to the bitter end. But with a book, people can actually just stop reading, even though GUYS THE LAST SIX CHAPTERS ARE SOOOOOO GOOD.

Anyway. Certainly not every reader has had this reaction to Penny. Some of my readers seem to latch on to her in all her acid-tongued nastiness, and this was my hope. I was afraid of writing the sort of vaguely defined protagonist you often find in YA novels, the type of character who seems designed to be a cipher, broad enough to allow the reader to project whatever they want onto them. I was shooting for idiosyncratic, even knowing that this could potentially alienate some people while resonating strongly with others. I thought, “I’m doing the Ebenezer Scrooge thing. People will follow this nasty character because she’s acidic and fascinating, and she’s been through a lot so it’s understandable, and they’ll want to see where she ends up. It seems to be working well enough for that MAGICIANS book.” And so I committed to nasty, because nasty was just more interesting than bland.

But I think that at some point over the many years and many revisions, I just lost any sense of objectivity, and my calibrations were just all screwy. So I’ve gone back in, focusing on those all-important First Six Chapters, which were always the problematic section for me, in search of ways to SAVE THE FREAKING CAT.

After two cross-country flights, one visit to a Northern California goat farm, and substantial loss of sleep, I think I have a new edition worth releasing. I’m still gonna sit on it for a few weeks before replacing the current edition on Amazon. Gotta let it steep. But soon enough it’ll be up, as a free download (I’m 99.999% sure) for anyone who’s already purchased the book.

In case you’re interested, here’s the short version of what I did. Penny’s whole mission statement, later in Book One and especially in Book Two, is all about fighting for underdogs and defeating all the bullies (killing all the bullies, she eventually comes to say). But I realized that this needed to be more vivid right from the get-go; as protagonist, she needed to lead with this. Chapter One makes a much stronger statement now, with Penny defending a complete stranger from the bullies in the convenience store, instead of defending herself. This relatively small change feels like a seismic shift, now that I’ve gone through with it. Everything she does later in the book and in the sequel now feels like a call-back to this act of bravery. And I think I’ve managed to do it in a way that doesn’t really compromise her essentially sour, contrary nature.

And that was just the biggest of the thousand or so tiny alterations I made. Penny’s nastiness is better tempered now by displays of warmth, humor, compassion, drive, struggle and genuine regret for the moments where her mouth acts like an asshole. The affection she shares with Marc and the reasons for it are much more vivid now. And Marc gets a lot of TLC in this revision, too: more specificity, more background, more depth.

Plus, hey, going back in allowed me to make other changes, too. Knowing where the story goes in Book Two, it’s nice to be able to foreshadow some of that crap, sharpening story elements that will be important down the line. And, I was finally able to do some other really important things that have been bothering me for a long time, like toning down (or outright removing) most of the moments in those First Six where the threat of sexual violence is invoked. So much of that had grown to feel weird to me, and incongruent with the quasi-absurdist, high-fantasy tone of the latter chapters. 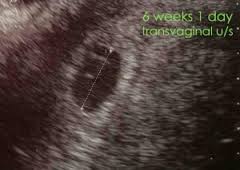 And guys, REVOLUTION is good. It’s twice as long as KINGDOM, it’s crazy epic, which is why it’s taking so long, but I’m very confident that it’s good. Penny gets to dress as the Statue of Liberty and shoot fireballs at cyborgs with her torch, Sly finally uses his Portable Hole to make holes in people’s bodies, Alana gets ass-whipped by a very tiny dwarf, Bill gets to fire a cannon that turns babies into fully trained adult wrestlers, Molly cusses a lot, Scree eats not one but several faces, Back Roads to Vegas turns into the musical to end all musicals, and there’s smooching. There’s, like, a lot of gratuitous smooching.

And in the meantime, things aren’t really all that bleak!

4 thoughts on “FIXING THE HUBBLE”