A few days ago, my wife woke me up by shouting from the living room that Spiderman is finally going to join the Marvel Cinematic Universe. I have, as a result, had my least productive week in years. It didn’t matter that I was just reading the same information repeated on a thousand different websites: I still needed to read all of them. To make it real.

For the past three or four years, I’ve had a weekly Friday tradition: Google the phrase “Spiderman Marvel deal,” just to see what came up. Sometimes, I’d be really optimistic, and try phrases like “Marvel buys back Spiderman” or “Sony donates rights to Spiderman back to Marvel because they are decent human beings and they know what’s good for them.” Now, I don’t know what I’m going to Google on Fridays (but it will probably involve the phrases “X-Men,” “Fantastic Four,” and “WTF is wrong with you Universal Studios Orlando, you have Harry Potter, please just let Disney make Marvel Manhattan in the smoldering ruins of the Hollywood Studios backlot.” Random phrases like that.)

For the MCU to have gone this long without Spiderman is a bit ridiculous. It would be analogous to Disney making cartoons about Donald Duck and Goofy and even fricking Minnie and not being allowed to ever mention that there is this other mouse who lives here even though the shape of his head is hidden everywhere. It would be like if I tagged every one of my posts with the phrase “cat videos,” even though I will never, ever blog about cat videos.

In short, this Spiderman thing is good news.

So, time to put all my cards on the table. I’ve been yapping away about looking for an American mythology, and what am I really thinking about the whole time? These guys!

What’s up, Chris O’Neill, our best friend? Want to hang out?

It’s only after I consider the Marvel (and, begrudgingly, DC) pantheons that I remind myself that this journey of mine is supposed to be going broader than that, looking for the deeper folkloric roots of the same big tree from which those guys sprouted. It’s just that for me, superhero stories are the deep roots. I was the kindergartner who was brought into the principal’s office and pretty seriously scolded for rubbing my body against the wall of the school during recess BECAUSE I WAS CLIMBING IT WITH MY WALLCRAWLING ABILITIES, YOU DREAM-CRUSHING JERK. Sorry. The early 80’s were hard on all us dreamers.

I mostly knew about these characters from their cartoons, but I bought comics too; to this day, every time I walk past a cramped little indoor news stand (of which there are still a fair number in New York), I have to pop my head in just for the scent, which is found nowhere else in the world. It brings me right back to the corner store near my grandmother’s old house in Providence, where I used to buy issues of Spiderman to…sob…cut into pieces so I could make awesome collages. Note: my collages are not worth anywhere near the amount of money those issues would be today, but I wasn’t thinking much about long-term investments back then. I was still mostly into rubbing my body up against schools.

I started collecting comics in junior high school, after buying a five-pack at Nayco on a whim. The only issue I remember from that packet was Avengers #277.

Hobo beard Thor is the only Thor for me.

I read it in bed listening to Friday Night All Requests on 92 PRO-FM (teenagers with social lives calling in from some beach party probably to request Lionel Richie is the only way to experience the destruction of the Avengers mansion at the hands of Baron Zemo and the Masters of Evil.) People talk about having a “Marvel moment” – that moment where you’re reading a comic book and you realize the story being told in those pages is just a gateway to a huge and complex magical-realist universe and now I’ll never do homework again. This was my Marvel moment.

My best friend, Mo, held out. He thought superheroes were silly, which was still a commonly held belief even then. What he didn’t think was silly was staying up all night going through old boxes in his basement looking for references to marijuana in his mom’s college notebooks. In the fall of 1989, all our problems were solved when we came across a treasure trove of old comics, and all those issues of Millie the Blonde Bombshell and Superman’s Girlfriend Lois Lane had to be worth something, right?

“They have be to worth a lot,” Mo probably said. And thus did the Home Run Shop on Park Avenue in Cranston, RI, gain two more monthly subscribers to those things that weren’t baseball cards.

What I loved about the great sandbox that was (and is) the Marvel Universe is the way it looked, beguilingly, so much like our world on the surface, but was able to accommodate every imaginable kind of beautiful fantastic everything. Aliens? Check. Robots? Check. Magic and demons and cosmic beings and other dimensions? Check. Kitty Pryde? Check check check check check. Doctor Doom himself was both a mad scientist and a freaking master sorcerer at the same time. It would be like if aliens invaded Hogwarts and now the students have laser guns too and it all makes perfect sense because superheroes!

This universe was, in a word, delicious. Centered in the deeply romanticized concrete labyrinth of Manhattan, the Marvel Universe sent my imagination spiraling out of control, just trying to imagine how all these disparate genre concepts could co-exist, and what an extraordinary privilege it would be to live in such a world. Before long, the magic of tabletop RPGing gave my friends and I the chance to do just that, sort of, and also helped us understand, in plain mathematical terms, which guys could beat up which other guys the best.

By the age of ten, my brother knew every one of these guys’ Strength scores.

The Marvel Universe gave me all the room I needed to imagine the world as I wanted it to be, and the kind of person I wanted to be. (Hint: it’s the superhero kind).

Nowadays, we’re living in an age of wonders thanks to the domination of the Marvel Universe on screen. 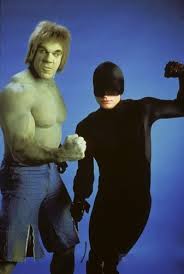 Oh, malnourished youth that I was.

In future posts, I want to explore this universe character by character (and maybe bring in some DC bozos over for the party). Specifically, I’m interested in the question of how this panoply of classic characters satisfies our need to reimagine age-old archetypes. Spiderman as trickster. Captain America as the modern Ares. The various X-men, defined by their highly specific powers, as embodiments of different kinds of rebellious impulses. And what about Thor, who actually is a folkloric character? So much to talk about! A lot of other people have probably written about this very topic, so now I’m also going to do so, too!

Which brings me back to this week’s good news. As many have pointed out, it’s probably for the best that it took this long for Marvel to get their golden goose back. If they had Spidey all along, we probably never would have gotten Iron Man, Captain America, and Thor, let alone Guardians of the Galaxy and Doctor Strange. The fact that the studio had pimped out its biggest stars forced them to make A-listers out of their back catalogue, and for this, we should all be glad. They didn’t have to keep tripping over their themselves trying to figure out the best possible way to present one or two flagship characters, the way poor DC has been doing. Instead, they’ve been able to experiment, and get weird, and creative. It’s forced them to seriously examine ways to keep their diverse stable of characters relevant for a new generation.

People who moan or complain about superhero fatigue, or the lack of originality in our annual blockbusters, are so missing the point. In the late 80’s, my mother was still an avid fan of daytime soap operas. She called them her stories. What an amazingly telling term! We need our stories; we need our myths; we need our archetypes; and we need them to keep up with us and to live with us in the world we share today. So when I started buying comics (on my mom’s dime) in 1987, I justified her expenditure by telling her, “I need to get caught up with my Stories.” It’s incredibly cool to feel like the rest of the world has joined me. It’s just…I mean, it’s just…

One thought on “On the Marvel Universe, the thing that is the very best thing there is”